Albums Of The Decade Pt.2

So, Sunshine Playroom’s Top 10 Albums of the decade continues with the top five. I’ve already discussed Flight Of The Conchords, The Cure, Suzanne Vega, Lloyd Cole and Sia, but who will top the tree? Will it be an old stalwart from decades past, or someone new? Before I reveal all, I’ll just take a moment to mention a few albums that didn’t make the Top 10, but are also highly recommended. The Eels Daisies Of The Galaxy (2000), New Order Get Ready (2001), The Bangles Doll Revolution (2003), Homespun Homespun (2003) and Elbow Cast Of Thousands (2003) were all snapping at the heels of the Top 10. So with that out of the way, let’s move on to the all important Top 5… 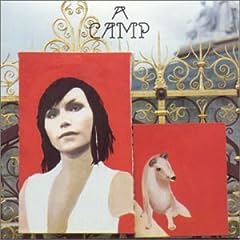 5. A Camp – A Camp (2001)
A Camp is a solo side project from Nina Persson of The Cardigans, released during a break the band were taking after years of heavy touring. Produced by Mark Linkous of Sparklehorse (who also co-wrote the closing track Elephant), Persson shares the writing credits with Niklas Frisk (of Swedish band Atomic Swing) and Nathan Larson (now her husband).

When you start listening to it’s opening track Frequent Flyer, you realise it’s a long way in style from The Cardigan’s usual output, finding it’s roots in country music, and continuing this throughout whilst mixing them with more familiar rock sounds. (In fact when The Cardigans returned in 2003 with Long Gone Before Daylight, the same influences can be heard.)

What follows is a musical cornucopia. Cellos, violins, steel guitars and harmonicas all mix with Persson’s rich, strong trademark tones, all blended to perfection by the brilliant production work. Songs such as I Can Buy You (the first single released from it), Such A Bad Comedown, and Algebra all shine, and as the album draws to a close they serve up possibly it’s most beautiful moment with a relatively obscure cover version The Bluest Eyes In Texas, originally recorded by country outfit, Restless Heart.

A follow up was recently released, Colonia, and alongside the last two Cardigans albums, show what a musical treasure Persson’s work has become. 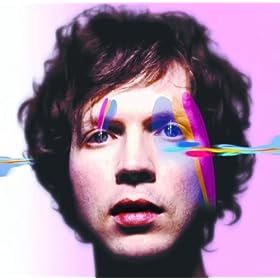 4. Beck – Sea Change (2002)
Beck Hansen had given us seven studio albums in the nineties before Sea Change became the first of his noughties output. His previous work had varied in style from one release to another (with some albums themselves varying from track to track), so it was somewhat of a surprise to find this one had such focus. Lyrically drawn from an emotional romantic break up, it’s underlined throughout with beautiful string arrangements, and Beck’s melancholic acoustic guitar.

From the opening track The Golden Age, you’re drawn in to a wonderful, lush, late night soundtrack for the broken hearted. Gone is the overblown, bombastic production sound of much of his better known work, replaced with evocative and sometimes psychedelic arrangements. This continues throughout, among the many highlights being Guess I’m Doing Fine and Lost Cause. The latter was released as a promotional single (with accompanying video), no other singles were released from it, unusual at the time, especially for an album released on a major label.

The style of Sea Change has been likened in many places to that of the legendary Nick Drake, and it’s fairly easy to see where this comes from. If you’ve played all your Drake albums to death, and are unfamiliar with Beck’s work, this is a perfect album to try out.

At the end of 2002, Rolling Stone magazine named Sea Change as the best album of the year, an accolade it truly deserves.

Please click on the next page below for the Top Three…

This entry was posted on Monday, November 30th, 2009 at 4:36 pm and is filed under Music, Reviews. You can follow any responses to this entry through the RSS 2.0 feed. You can leave a response, or trackback from your own site.

4 Responses to “Albums Of The Decade Pt.2”